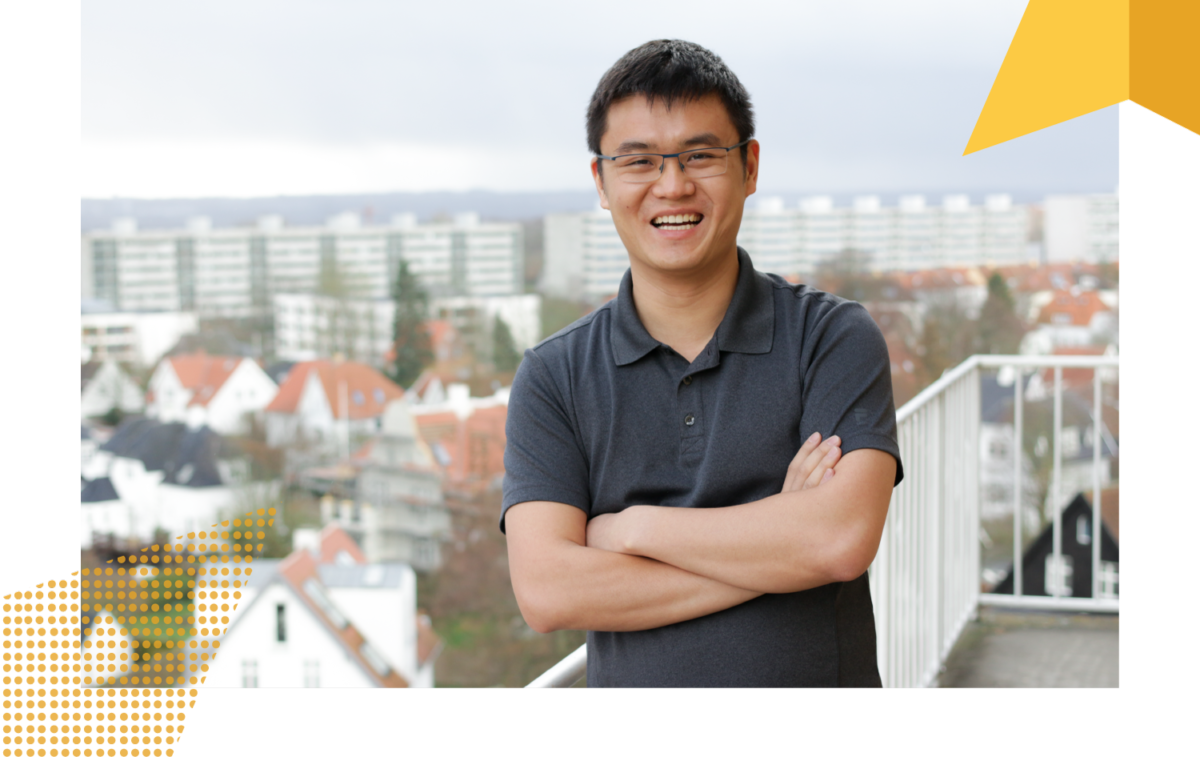 It’s no secret that the mission at ScienceAtHome of democratizing science, doing groundbreaking research, and building a quantum computer is attracting talent from all over the world. Today, we want to tell you about our collaboration with Andrew Mao from the United States.

We first met Andrew as a guest speaker at the Human Problem Solving and Artificial Intelligence summit last November (HPSAI), where he talked about studying collective intelligence in the virtual lab—that is, with participants from all over the Internet. As you will soon see for yourself, Andrew is a true interdisciplinary mind who defies a single label. For exactly this reason, he was a perfect fit to work with us.

During his last visit in Aarhus, we sat down with Andrew to find out more about his background and ideas for the future of ScienceAtHome.

Andrew, could you tell us a bit more about your background?

A: Sure. I have a very strange background that has exposed me to a bunch of different fields, and although it looks unconventional on paper, it’s actually equipped me pretty well to contribute here (at ScienceAtHome). For my undergraduate studies, I did a dual degree in Computer Science at the Engineering school and Business at the Wharton School at the University of Pennsylvania, where I worked on computer systems research.

After that, I went to graduate school at Harvard and joined the EconCS group, which is in the field of algorithmic game theory—an intersection of computer science and economic theory. Algorithmic game theory studies things like how to design markets and auctions (including how all those annoying ads appear on YouTube), how to assign medical residents to their hospital programs, optimally make group decisions, etc. However, I was always more attracted to empirical and experimental work, and the possibility of working with real data instead of proving mathematical theorems.

This led me to start exploring the field of  Human Computation and Crowdsourcing. I started an internship in the Adaptive Systems and Interaction group at Microsoft Research, looking for ways to apply AI in order to improve crowdsourcing and citizen science. That’s when I started to work with some Zooniverse projects and analyze the differences between paid and unpaid crowdsourcing.

Eventually, I realized that there were many fascinating aspects of human behavior in general, and there was a great potential of applying computational techniques to study broader social science problems. I joined the Computational Social Science group in Microsoft Research  New York City where I had the chance to work with researchers like Duncan Watts, who pioneered the field of network science. My recent work has focused on the experimental side of computational social science, where the Internet gives us the chance to conduct more realistic experiments of people’s behavior and study topics which haven’t been possible before and will revolutionize the study of social science with more data and computer systems. Then, a bunch of crazy things happened and here I am!

Why did you decide to work together with ScienceAtHome?

A: I was really lucky to find ScienceAtHome, where everyone’s excited about this vision of large-scale, democratized citizen science, and to have an opportunity that allows me to put all of my abilities and experience to use: behavioral experiments, AI and machine learning, crowdsourcing, citizen science, economics, architecting computer systems, and so on. During my first visit after the HPSAI summit, I got to know many different aspects of the project and I saw so many ways to contribute—the way I described it to my friends is that I had an oddly shaped set of skills, and when I found ScienceAtHome I saw it as a jigsaw puzzle missing a piece of exactly that shape—I just had to jump in there and see where things would go! ScienceAtHome is an exceptional interdisciplinary research group rivaling even those you’d find at the “prestigious” universities in the United States. It’s also really rare to see people taking big risks in their research and trying to build something with real impact, but that’s exactly what I wanted to do and what I was looking for. 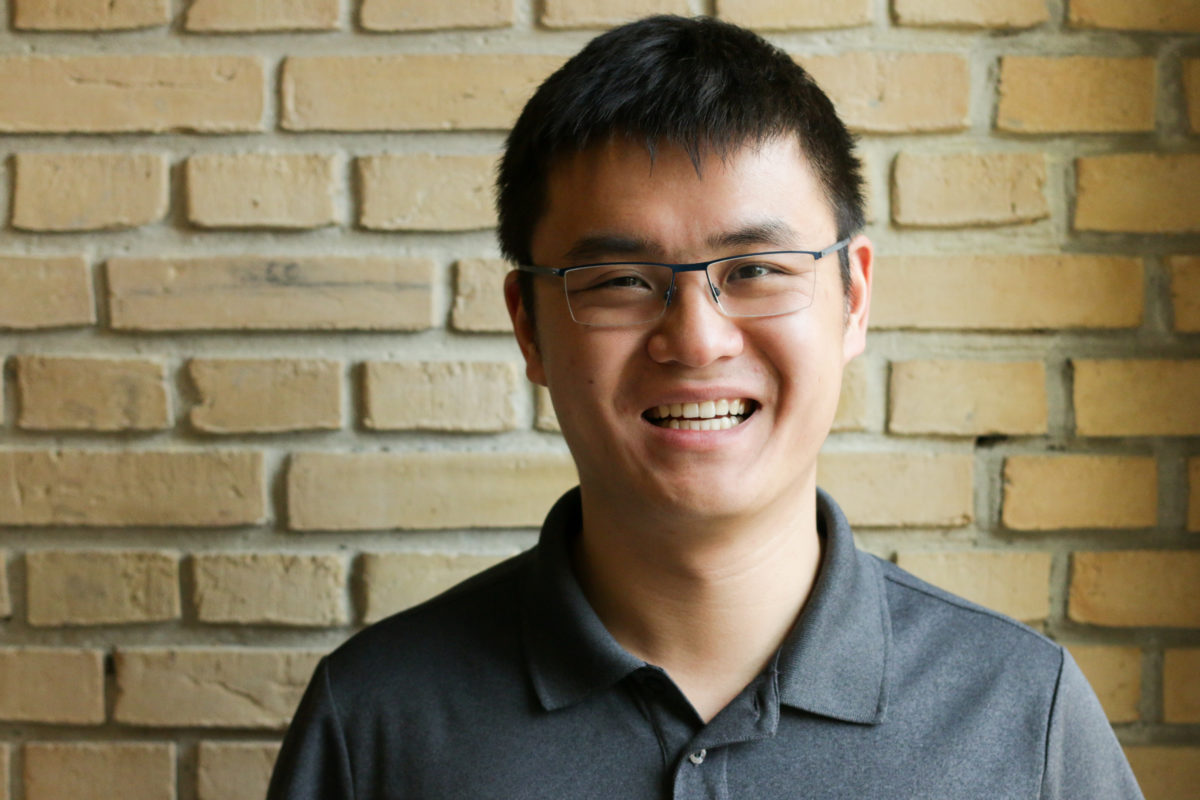 For a while now, we have been exploring the idea of multiplayer function in our games. What do you think it could mean for ScienceAtHome games and research?

A: ScienceAtHome has always been about experiments, and we started in physics. But when you look at experiments in social science, they are mostly about the study of individuals. So, ironically, the vast majority of social science experiments are not in fact “social”. It’s actually really hard to study groups of people in a controlled way, but multiplayer games are very promising for doing this. Imagine for example that we would like to study how to reduce economic inequality in society—an important problem facing the world today with many consequences. To study the real-world effects of different policies, we could enact them in a massively multiplayer game representing a microcosm of society. So while we’re having fun, we can also contribute to knowledge about how to make the world a better place.

We can’t start with huge games right off the bat, but there are many interesting things to learn even with smaller groups. One particularly interesting field of social science is called cultural learning. The first time I’ve heard about it was from Carsten Bergenholtz, ScienceAtHome collaborator behind the Alien Game. The main idea is humans are smart not because our bigger brains allow us to figure things out faster, but because it makes us great at learning from others. The knowledge depends almost entirely on learning—pretty much everything you or I know comes from someone who figured it out before us, and if we’re lucky we get to contribute a tiny new amount on top of that. The problem-solving in Quantum Moves is a great place to understand how we learn from each other and how do we make the learning process more efficient.

One of my favorite examples of cultural learning is the process of baking bread, something Danes are especially good at. For humans to learn how to make this delicious food from three simple ingredients, a bunch of pretty random things had to happen: someone got the crazy idea harvest wheat and try grinding it up; someone else decided to mix it with some water and eat it as porridge, another person accidentally left this porridge out for a few days allowing wild yeast to leaven it, and finally someone had the insane idea of cooking this bubbly mess over a fire. Yet, refining this process led to a staple food of many cultures in the world  That’s one kind of process we want to study in multiplayer games at ScienceAtHome: how do we collectively learn things like baking bread more efficiently?

Multiplayer games also open up a way to explore new types of games we haven’t tried before, which can potentially be a lot more fun than single-player games. Of course, these games will be more complex to build with trickier engineering requirements. One thing  I really want to make sure is that in the future ScienceAtHome has the right software architecture to support these kinds of multiplayer games and analyze data from them.

Where can we apply data about cultural learning?

A: I think cultural learning tells us a lot about how to make problem-solving and innovation in society more efficient. When we’re working together, we can solve more interesting problems and get bigger things done than by ourself. Once we better understand this process, we can also use computers to help people learn faster-recommending knowledge that might be relevant. Just as Netflix recommends you the next movie to watch, a learning bot could recommend new, interesting ideas you might not have thought of before. This could really make the process of finding information better than the overload we experience today and drive us toward a future where instead of replacing people, AI augments the process of human learning.