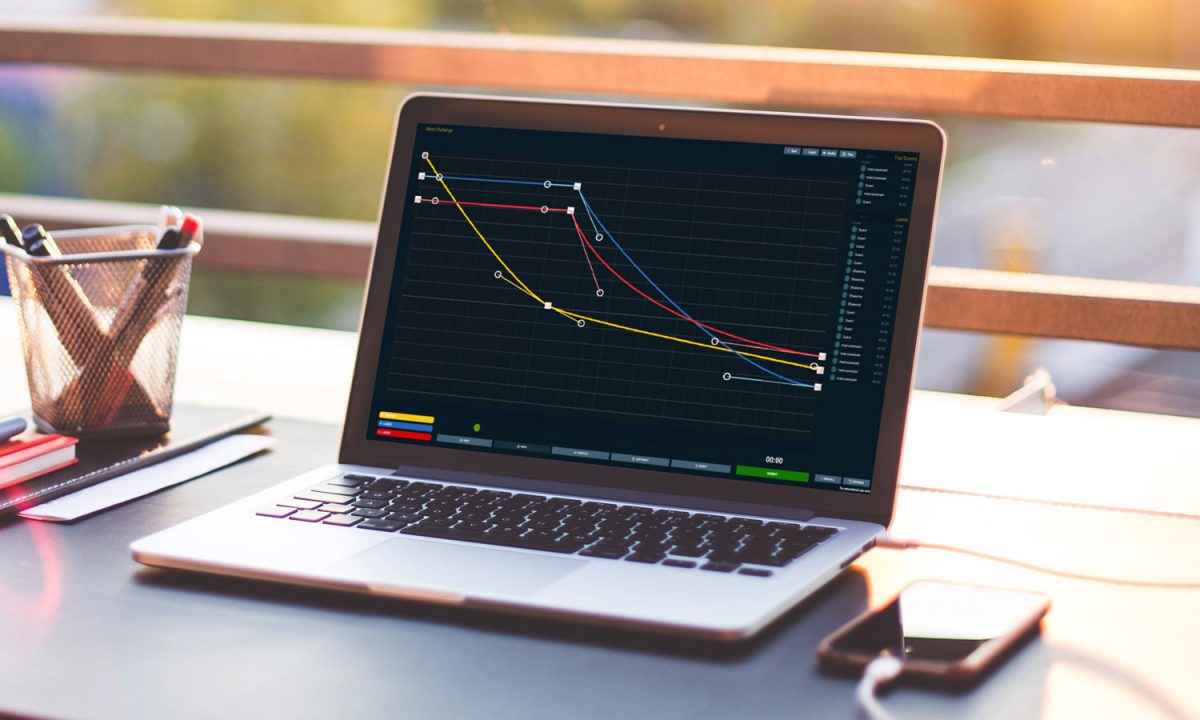 The Alice Challenge, from idea to publication

In 2016 ScienceAtHome created a revolutionary Citizen science project, the Alice Challenge. The goal of the project was to explore new ways of cooling as many atoms as possible in a remote-controlled Quantum Gas Experiment. The players were not only solving a problem based on a simulation, similar to Quantum Moves, but were also connected directly via a game interface to a real Quantum Gas experiment our the lab in Aarhus. It was a groundbreaking challenge to build and control this system as no other Citizen science project had achieved this previously.

The Alice Challenge showcased just how efficient humans are at solving complex problems without understanding the process behind creating a solution. This highlights the unique and special power of human intuition. No project previously has shown how we, humans, devise and develop such effective solutions. The new publication in PNAS describes how the Alice Challenge tackles that question.

Some followers of ScienceAtHome may remember the Alice Challenge and with the publication of findings from the experiment, we revisit the story of Alice from the first idea to the publication of the PNAS paper. Dr. Robert Heck wrote his Ph.D. thesis on both Quantum Moves and the Alice Challenge and as a milestone in his scientific career, we asked him to summarize the history of Alice.

Read the paper on PNAS

Alice is a whole framework that focuses on how to control ultra-cold atoms in our quantum simulation experiments at Aarhus University. Our daily work at the university is performed using an extremely cold cloud of Rubidium atoms.

In the experiment, we are able to create arbitrary patterns of atoms such as a heart shape formed of a few hundred individual atoms. To achieve this, we need large amounts of physical hardware (lasers, magnetic field coils, microwave generators, cameras etc) controlled and synchronized in times down to the millionth part of a second.

This is where the experimental control system of Alice becomes relevant. The name is derived from Alice in Wonderland. Instead of falling into the rabbit hole, our Alice drops us down into the wondrous world of ultra-cold quantum mechanics.

The idea for the Alice Challenge arose around the time our Quantum Moves article was published in Nature. The team at ScienceAtHome was overwhelmed by the public response. The investigations around Quantum Moves showed that players were extremely good at finding novel solutions to a quantum mechanical problem and were outperforming state-of-the-art computer algorithms.

It seemed there were two distinct main approaches in how players were able to solve the Quantum Moves (Bring Home Water) level.

With the players' help, we found out where to find good solutions in the "landscape" of controls. With numerical methods, we could identify “bridges” between quite different solutions. That means we could merge one of the two approaches smoothly into the other while retaining the same high score. This brings up the interesting question of why no player found any of the solutions in between? Is it because human intuition is based on trying to detect patterns (where there might not necessarily be any)?

This led to the question that if this applies in general, and in a real experimental setting (so far Quantum Moves is only a simulation), does it apply in a completely different process of creating a cold cloud of atoms?
Maybe we, as researchers, react in the same way as the players and try to think in patterns instead of looking for the solutions in between when creating an experiment. Are the distinct solutions we think we had in our experiment really distinct or still somehow connected by combining controls in the right way?

We made some initial investigations using settings that we used on a daily basis to create a cold cloud of atoms and we considered these cold clouds optimal. As there are so many parameters to change in the laboratory, we turn only one at a time until we find the best settings. Then we move on to the next parameter and continue until we played with all parameters several times. In most cases, this method works quite well and still keeps the number of parameters that need to be dealt with reasonably low.

Each trial takes about 35seconds when running the experiment. Trying all possible combinations of all parameters would take us weeks to complete. With the help of this strategy, we discovered about four seemingly distinct ways of creating cold atom clouds. We were actively looking for good solutions among our known ways of cooling atoms. Surprisingly, we could find bridges between some of them, similar as in Quantum Moves. This raised the question that maybe we the researchers, just like the Quantum Moves players, looked into patterns and perhaps decided too early to stop looking for better solutions in that pattern.

These results were presented as a poster at a workshop in Germany. The response from fellow researchers was extremely positive and Robert received the prize for the best scientific poster at the workshop. Scientists from Ulm University in Germany had developed an algorithm, called dCRAB that efficiently and systematically optimizes different kind of problems and at the same time informs about where to look for further good solutions. Shortly after the workshop, we started to work with Jonathan Zoller from Ulm to implement the dCRAB algorithm. It turned out to be quite successful and we could find new record solutions that we had not covered before. 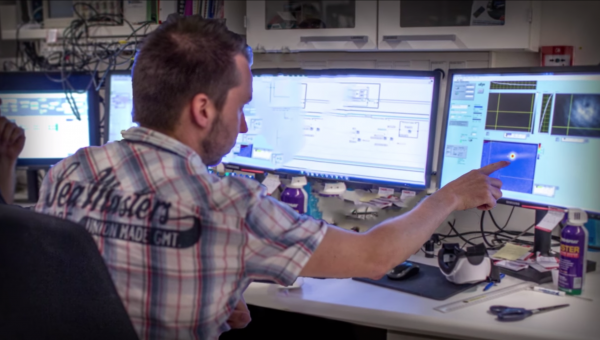 At the same time, we were also pursuing a collaboration with National Instruments who supplied a large part of the control hardware for our experimental control. Our vision of an open laboratory and the way we were implementing Alice as experimental control was rewarded by an invitation to the prestigious NI weeks in Austin (Texas) to present our approach. We were honored to give a keynote speech, including a live presentation of a special version of Quantum Moves, where a solution was directly sent to the lab and a cloud of atoms moved accordingly. This presentation was already similar to the idea of the setup for the Alice Challenge.

We knew immediately that for a good user experience this would mean to reserve the lab for some weeks for only citizen scientist research. To make the best use of that time, the experiment cannot stand still for long, so we needed to recruit a lot of participant in a short time, from different parts of the world. It also became clear that we were working on a really multidisciplinary project which brought together quite distinct scientific disciplines. Spoiled by our previous findings of the peculiarities of distinct solutions, we consulted also with our close collaborators from the Aarhus School of Business and Social Sciences (BSS) who are experts in behavioral sciences and could help with the game design and data analysis of how players are searching for solutions.

The preparation for NI week and the Alice Challenge was quite pushed through in a challenging timeframe, everything worked surprisingly smoothly. The lab functioned quite well, without serious down-times. Some of the participating citizen scientists were from other parts of the world, so we had to ensure constant monitoring in the lab. We took shifts and there was always someone keeping an eye on the experiment, ready to help if it was needed.

In the end, we ran two versions of the Alice Challenge. Firstly, the Alice Team Challenge, where the participants were divided into small teams of 5 players. They could then provide us with solutions in 13 game rounds. This controlled setting allowed us to investigate in detail how people developed solutions. Secondly, the Alice Swarm Challenge, with less restriction than the previous version. Anyone could participate and send as many solutions as they wanted. It was therefore impossible to track how the new solutions emerged and were modified. Instead, it highlighted how extremely well citizen scientists could tackle the problem. It was at this stage that we found our record number of cooled atoms.

Already during the Alice Challenge, we began to analyze the data gathered, as parts of it were needed for Robert's Ph.D. thesis. Then, it was followed by a more in-depth analysis, involving the understanding of player behavior with the help of our collaborators from the BSS. The process was lengthy and complex because of so many collaborators were involved in different fields. Eventually, the hard work resulted in a clear article and the manuscript was accepted for publication in PNAS.

Read the paper on PNAS