What is it like to give a TEDx talk? 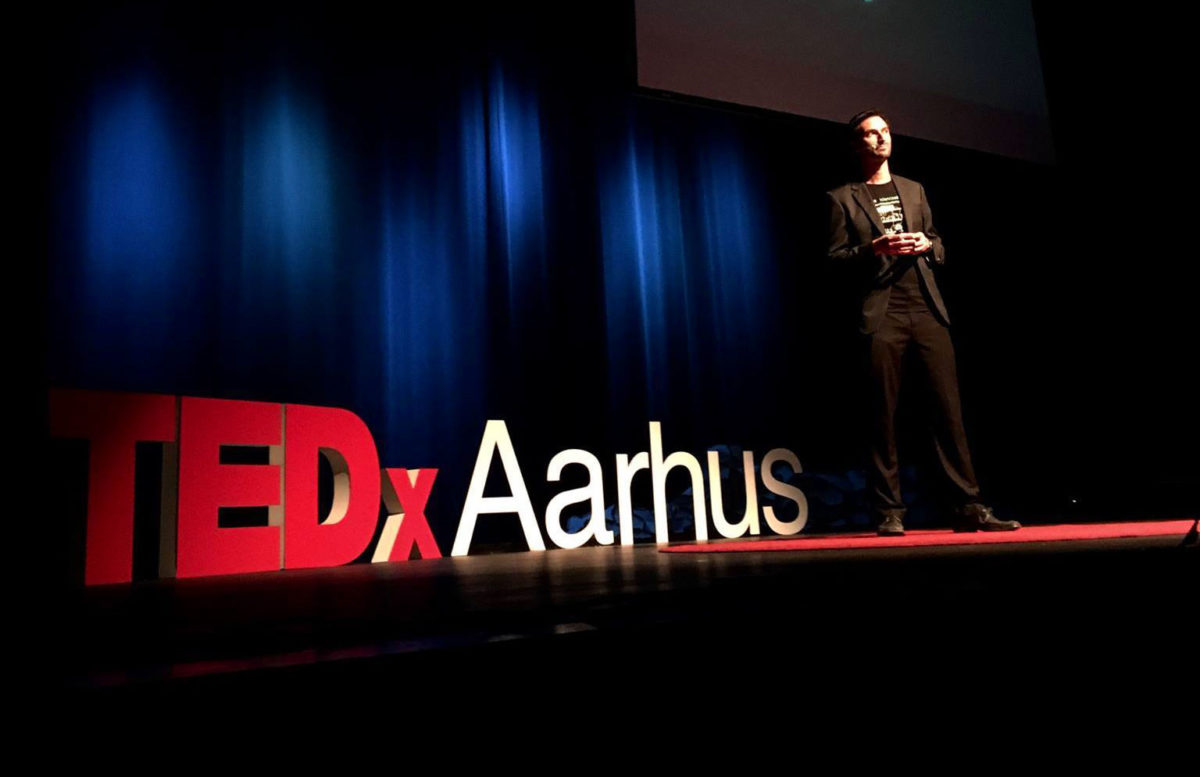 What is it like to give a TEDx talk?

Last year, the city of Aarhus hosted its first TEDxAarhus event! Twelve inspiring speakers shared their stories in front of a crowd of 800 Aarhusians. Jacob Sherson, our project leader, was one of them. His talk on “How to become a quantum physicist in five minutes” will soon become available for all our followers online.

TED  stands for Technology Entertainment and Design. During the last 30 years, it has become a viral tool for sharing ideas that matter. The TED brand has won our hearts by delivering inspiring talks which are easy to follow and hard to forget. All of them are carefully crafted to have the biggest impact on your curious mind. And yet, when you listen to it, it sounds so effortless and spontaneous. Today, I sat with Jacob to find out what it’s really like to deliver your message on the TEDx stage.

How difficult is it to prepare for a TEDx talk?

J: “Preparing for this was very particular because it is such a big challenge to deliver something with near perfect clarity that is demanded. Out of the hundreds of talks I’ve given, it was by far the most difficult one. When giving a TED talk, it is so crucial to establish the right relationship with the listeners. Every sentence of the talk is either a path towards your connection with the audience or a step away.

Often, when I give a general public talk, I am not very concerned whether the audience understood every single argument I made. The important point is that they get the fascination of the topic. These talks are like conversation starters–people who get fascinated with it will be very welcome to come up to me afterwards and have further discussions. Whereas when you are on the TEDx stage, you feel like you have one shot, a single chance. Each word you say will last and you don’t get an extra minute to repeat or explain something.” 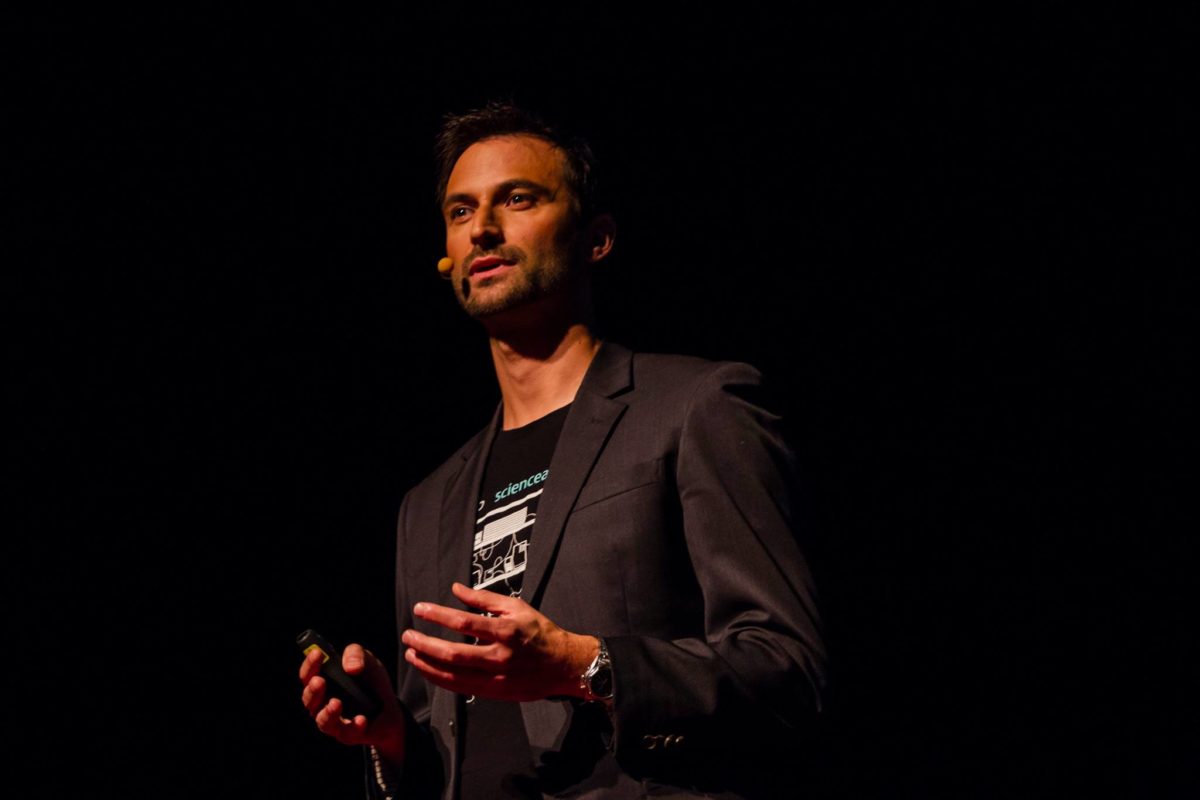 What made it different from all the other talks you’ve given so far?

J: “The style of presentation, the format and the preparation. The knowledge that you are talking to not only the 800 people in the audience, but also to the rest of the people online, created this unusual awareness that you are making something lasting. However, it is not only about the number of people... I have been on live TV shows before and that was different because one minute you are there and then you are gone. However, preparing for this talk, I felt the pressure of producing something which is there for people to watch in many years to come.

Having been inspired by many of the other TED talks, I knew which shoulders I am standing on and what this stage means to people. TED is such a source of inspiration for so many people. Thus, to be there with a potential to create that same kind of impact was a very different experience. And if you want to build that inspiration, you really want to communicate your idea very clearly.”

“Repeating it 50 times it’s not an exaggeration”

Jacob revealed to me that the preparation work itself was very different for him, too. Although he already gave a hundred talks on this subject, this one had to be perfect. Despite the rehearsals with TEDxAarhus team, Jacob created a method of his own. He would record himself speaking and play that recording while he was driving. While listening to his speech, he would try to speak it out loud a millisecond faster than the recording and see if he gets it right. After that, Jacob wrote down any thoughts on how to improve the talk, edit the manuscript and made a new recording.

J: “Just like that, sentence by sentence everything fell into place. It was a very work-intensive process. However, I was not alone, there were a lot of people to guide and to help me. I benefited so much from both ScienceAtHome Outreach and the TEDxAarhus team. They helped me to find my version of the “TED-style”.

Once I was on the stage, the feeling was fantastic. The flow of the talk was extremely nice; I had a connection with selected parts of the audience. In fact, I enjoyed it so much that I didn’t want it to end."

During the break after Jacob’s talk, I could see TEDxAarhus participants lining up to talk to him. What surprised me the most was the diversity of these people and the questions they posed. Discussions ranged from very pragmatic inquiries about the future of citizen science to philosophical questions about the fate of humanity. The table was full of students, experts, amateur scientists and many artists. 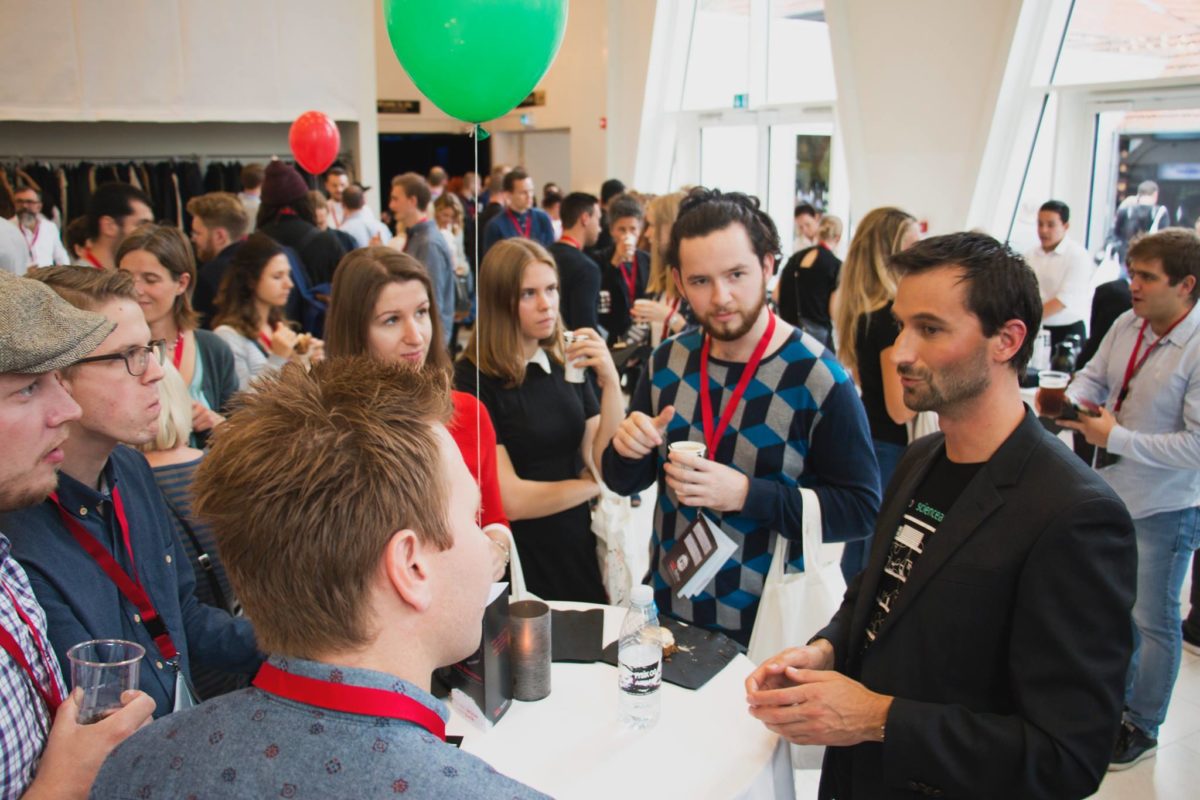 Why do you think your talk resonated so much with creatively-minded people?

J: “I think this talk inspired some people to see and recognize the creativity that lies behind science. It felt like some of these creatively-minded people discovered a sudden kinship somewhere where they didn’t expect it. And so we could have conversations about the conditions of creativity across creating sculptures, paintings, computer games or problem-solving.”

What do you think triggered this connection?

J: “I believe it was the aspect of intuition which is addressed in my talk. Somehow underlying all of the complex problems (as well as those in quantum physics), there is an intuitive understanding of the matter and intuitive knowledge of the direction you have to take. Which is similar to how artists intuitively trust the process of creation. When we talk about enlisting the creativity and intuition, people start to wonder how do I become as creative as I can in my daily life.”

Lastly, why do you think it is important for people to see your talk?

J: “What I wanted to do was to share the enthusiasm that we have about our mission at ScienceAtHome. Which is why it was so difficult to prepare this talk. Our mission goes beyond just solving quantum computer task, and it goes beyond trying to get everyone to become citizen scientists. It is really a step in the direction of establishing a relationship between people and science which I think is essential.

For us as scientists, it is important to embrace citizen science as a methodology because we come out of that process changed, we think differently. And I think the vital mission is to try to engage as many people in this conversation, and on as equal terms as possible. This mission could help us break down the barriers which are upheld by the belief that general the public needs decades of training to have a meaningful conversation with us, researchers. 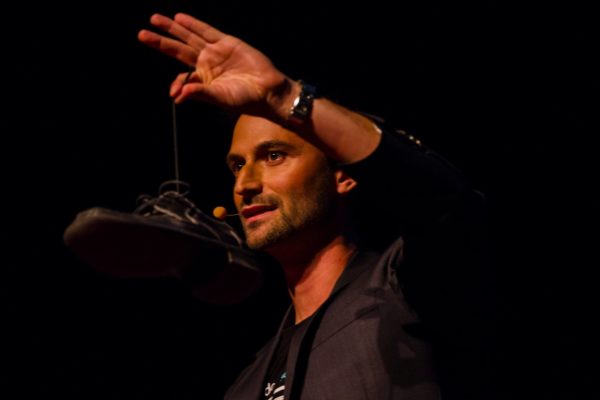 I wish that people would come from this talk with an impression that science was maybe slightly different from what they thought. Science (and even quantum physics) is not a bunch of geniuses sitting, thinking, and then getting these brilliant insights. It is a field, just like any other field of knowledge, in which we build on top of each other and gradually learn something. It means that when people are playing our games and extending the high-score by a little bit, then they have just moved the boundary for our world-knowledge a little bit too. Just like when I go to work and if it was a good day and I solved a small problem–the whole world has solved a problem. And that is what science is all about and that is what we want to try to teach them.

I really hope that after seeing this talk, the viewer will think differently of what science is and feel empowered by the knowledge that the barrier to contribute to it is much smaller than you think. And hopefully, people will start thinking that maybe this is a more general aspect than we first thought and we can actually be empowered in many other areas. Maybe this can be the beginning of the conversation in which we all start to wish for and demand more than one line of explanations for complex issues such as global warming, and stop reducing everything to simple true or false.”

We will share Jacob Sherson’s TEDxAarhus talk “How to become a quantum physicist in five minutes” as soon as it becomes available. So, stay tuned!

What is it like to give a TEDx talk?
Go back to
Dismiss
Report Problem