Why we play games? 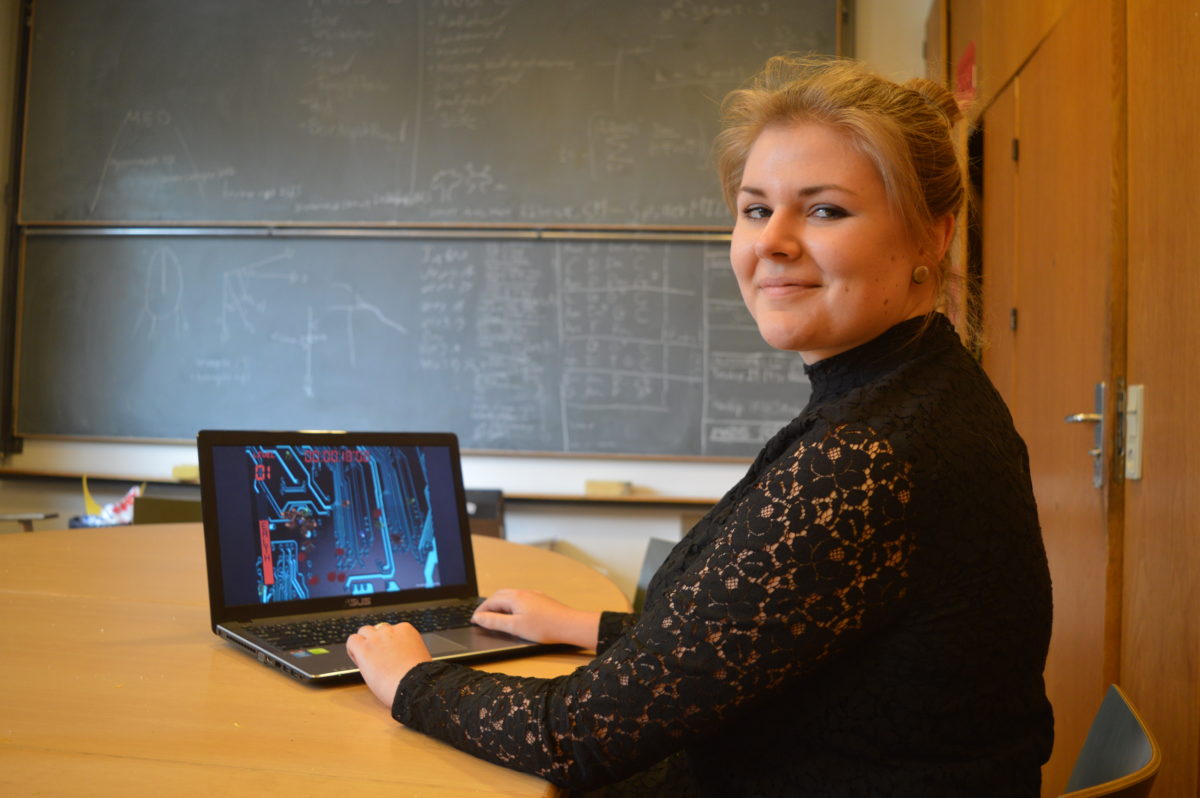 Why we play games?

A few weeks back ScienceAtHome hosted the first talk of what came to be known as the SAH talk series. In SAH talks, we bring our team together and learn the details about our ongoing projects. The first talk was conducted by a relatively new addition to our team – Nanna Ravn Rasmussen, a physics student, who is currently doing a project in collaboration with Rajiv Vaid Basaiawmoit. In her talk, Nanna tried to answer the question: why we play games?

How did you get interested in the field of gamification?

Although gamification is far away from physics, I am very interested in the human behavioral theory. Why do people do what they do? What motivates them? Games are a great arena for studying human behavior. The idea of how to make games is very much focused on WHAT works. There hasn't been so much effort into looking in the underlying psychology of WHY it works. So, considering the fact that there isn't so much quantitative research on this field, I felt that it is a place where I could contribute, having in mind my physics background.

So, why do we play games?

The research that I have done so far, both concerning theory and practice, suggest that there are many different reasons why we play games and it mainly depends on what motivates you as a person. So, almost everybody plays games in one way or another, but what motivates us to play differs greatly. For instance, it could be a social connection to some people, or wanting to win for other. Personally, for me it's curiosity. Thus, there are different motivational factors, and that's why you cannot design the ultimate game which is suitable for everybody, it will always have a segment of players. Of course, there are the very popular games, like Angry Birds, but even these are focused on one segment instead of trying to capture everybody, and that's why they get very successful in that segment. 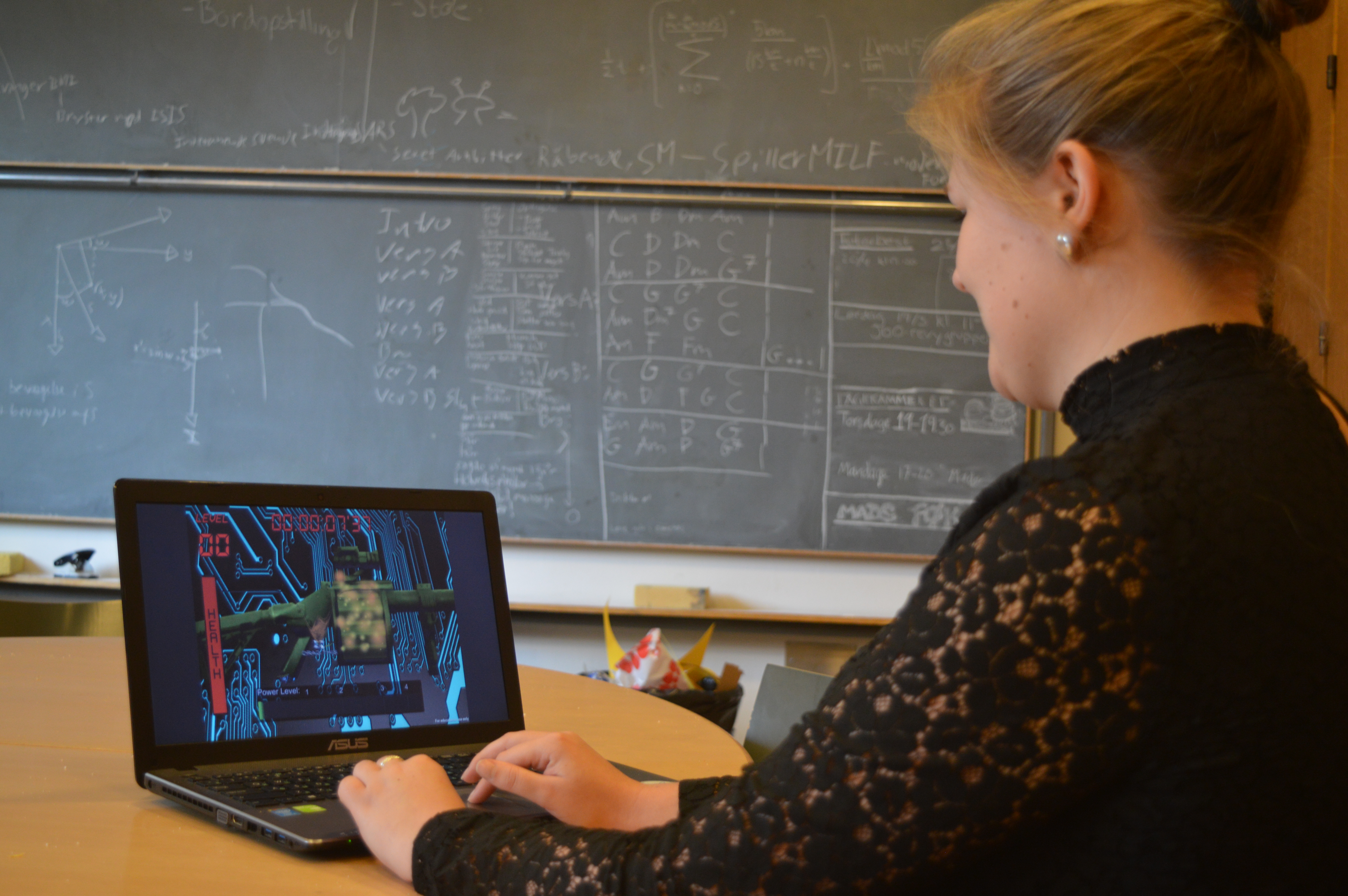 Our colleague admitted that her gaming skills go as far as Tetris and starting doing this research meant immersing herself into rather new territories. "However, coming into a new field with fresh eyes has many advantages"-adds Nanna.

Here, at ScienceAtHome, we are surrounded by people who are crazy about games in one way or another, so it is hard to imagine that a lot of people out there, in fact, stop playing once they grow older, or do they?

As adults, we are getting taught to put the games down, that playing/having fun is a bad thing. Often it actually makes sense. In my case, if I always followed just my natural curiosity and never worked on my persistence - I would get nowhere. So, you can’t rely on only one thing. However, if you can learn to use your motivational factors to your advantage, it can bring great results because it is such a powerful tool. Gamification does exactly that, and it is great to see that this concept is being applied so widely. (For instance, think about gamifying the learning process in various apps for learning a foreign language).

It would be great if gamification could be also used in the education system, don't you think?

For sure! Then you think, what the aim of the game is? Most people will answer that it is either winning or having fun. But there are different ways of playing a game. A game consists of a set of rules and a goal. When you think about it, everything in our life is a set of rules, it’s just about creating the things around it in a way that motivates you! For instance, you have to read a book, so for a person whose motivational driver is to win, you would have to create an achievement. If on the other hand, the person’s motivational driver is social bonds, the person should join a book club.

The educational system is very focused on one way of doing things and that is wrong because everybody gets motivated by different things and that is what we are learning right now through gamification and also through behavioral science. Personally, I used to be very demotivated by traditional learning style, because I don’t care about the grades, I need somebody that triggers my curiosity. So, even now in the university, I prefer doing projects rather than sitting in lectures. (Learn more about game-based education here).

It is important to notice what type of motivators are present in our society and once you do, you can use it to your advantage. For instance, winning is very important in Eastern European countries, and in Denmark social connections are the priority. So, what if you are a win-driven person sitting in a class in Denmark, where social connections are at primal focus? Very likely, you get demotivated!

How can you find out what is your motivational driver?

Personally, I found out by doing a behavioral test. However, there are two other ways of approaching it: by looking at the player or the game. For instance, in our analysis, we mostly look at games by using tools like octalysis model. Indeed, players could figure out what is their motivational driver by analyzing their favorite game design and segment.

What do you think about ScienceAtHome games?

The idea behind the games is brilliant. I love that you can combine research and citizen science, and use the time on the play to actually do research. The connection is just amazing! Of course, it is a developing project so there will always be a place for improvement. However, almost all the points, from my analysis point of view, have either been already incorporated in the games or are being worked on as we speak. ScienceAtHome has a great team, which develops everything very fast and takes my inputs very positively. I really love the idea and I love physics. I really hope that people will contribute to science by playing on a huge scale because that is when it really makes a difference. Data is so important to our world and taking into consideration how much time people tend to spend on games it is a great opportunity for science.

As you can see we cannot give you a one-sentence answer to why we play games, but if you will take one thing from this blog post take this: find your motivational drivers, apply it in everyday life by the method of gamification and reach the levels of productivity you didn’t know existed!

Why we play games?
Go back to
Dismiss
Report Problem